Steel Channel Bending for Exhaust Elbows: We’ve Been Working on the Railroad Engines

Our customer, a contract manufacturer, requested that we bend a rectangular tube 10” x 4” to an inside radius of 5-1/4.”  I told them that the tube would most definitely experience extreme distortion in the form of concavity or ripples.

Our customer then presented me with the idea of forming two mating channels, an idea I was open to.  Their print actually called for a slightly smaller tube, 9-1/4” x 3-3/4”, with rounded corners—definitely not a standard, mill-produced member. The prints also dictated that the tube was to be made out of two formed channels 9-1/4” in height and 1-7/8” in width. One was to be bent flanges out to an inside radius of 5-7/32” and one was to be bent flanges in to an outside radius of 8-31/32”.

After drawing a modified version of our existing tooling in CAD, we had our machine shop cut materials, machine, and then assemble the modified die. 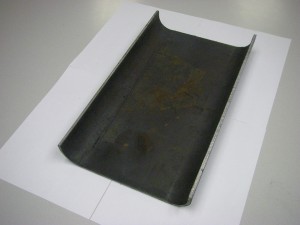 Our customer formed plate into channels

I then relayed that information to our customer who formed the channels for production. We subsequently adjusted our tooling again to minimize concavity, flanges out-of-square, and rippled flanges. 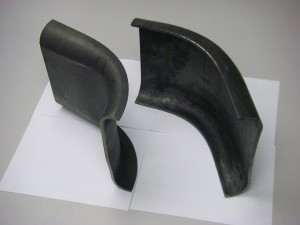 Formed channels curved by Chicago Metal: left one flanges out, right flanges in.

We trimmed and tack welded sample curved channels to prove they fit up correctly. In production, however, our customer does the trimming, tacking and full welds to fabricate each tube from the two formed and curved channels.  The tubes then become exhaust elbows for 8-cylinder, diesel engines in locomotives.  These particular locomotives, built in the United States, are bound for Saudi Arabia. 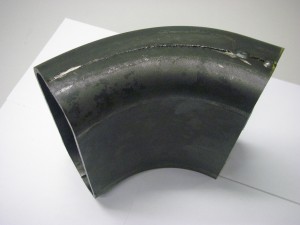 Working closely with our customer, we were able to provide goods that otherwise would have to be imported from Europe.  Together we saved time and money while greatly reducing the response time for time-critical parts.  We anticipate that the research and development costs of both companies will be offset with the reward of future orders from satisfied customers. 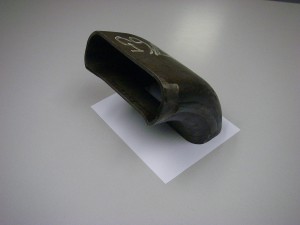 Sample made in Europe–Parts now made in the USA 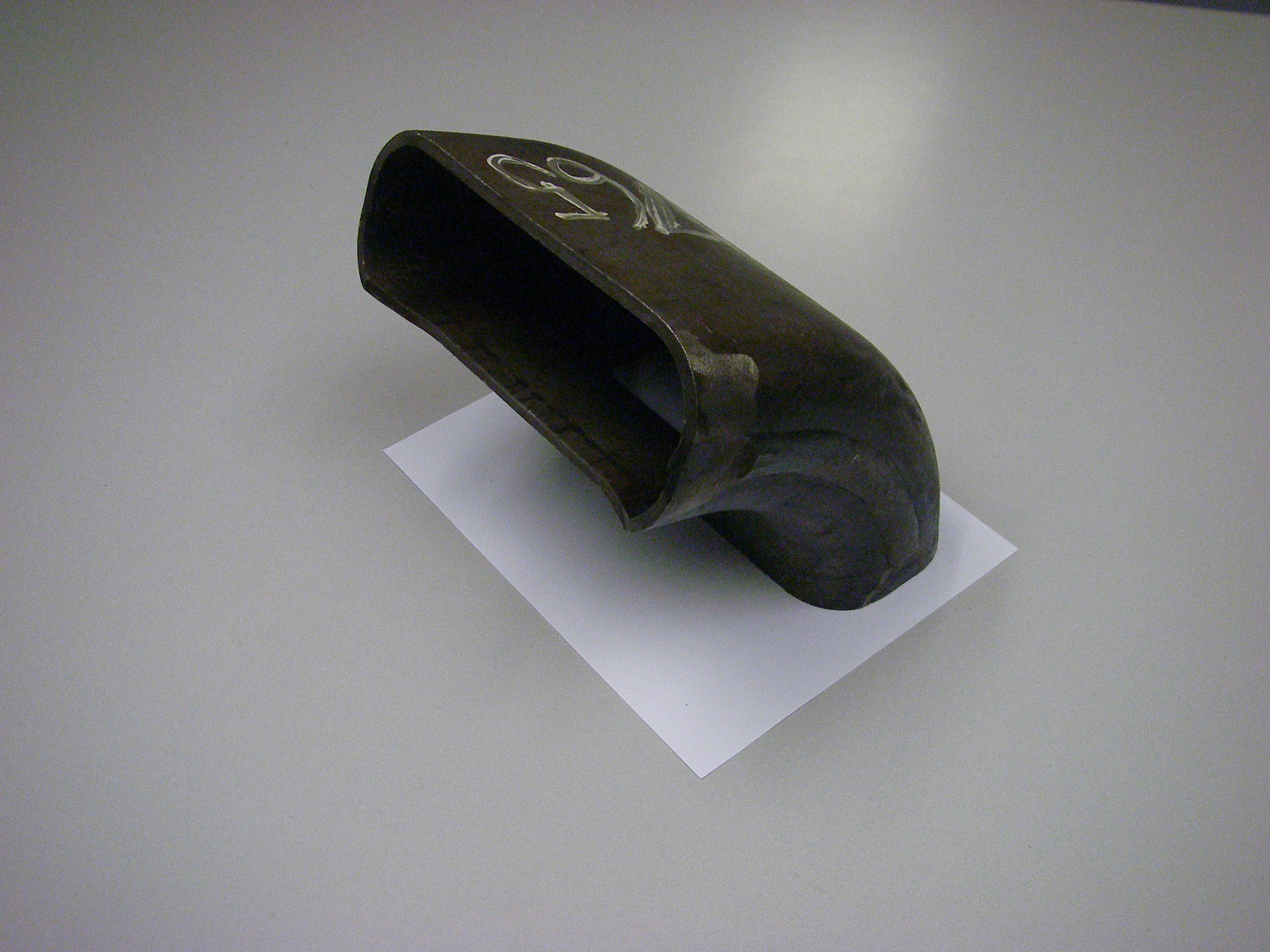