On Sunday, February 5, 2017, also known as Super Bowl Sunday, millions of football fans and others will watch the Atlanta Falcons battle the New England Patriots to see who will be Super Bowl LI Champions. Though most of us will watch this battle on TV, a capacity crowd of 71,795 fans will gather at NRG Stadium in Houston, Texas to watch this game live.

In the week leading up to the “big game”, we’re reading the many stories of the team, coaches, players, the city and more. But what we think is missing in the coverage is what most attendees will first see as they cross over Kirby Drive to get to NRG Stadium. 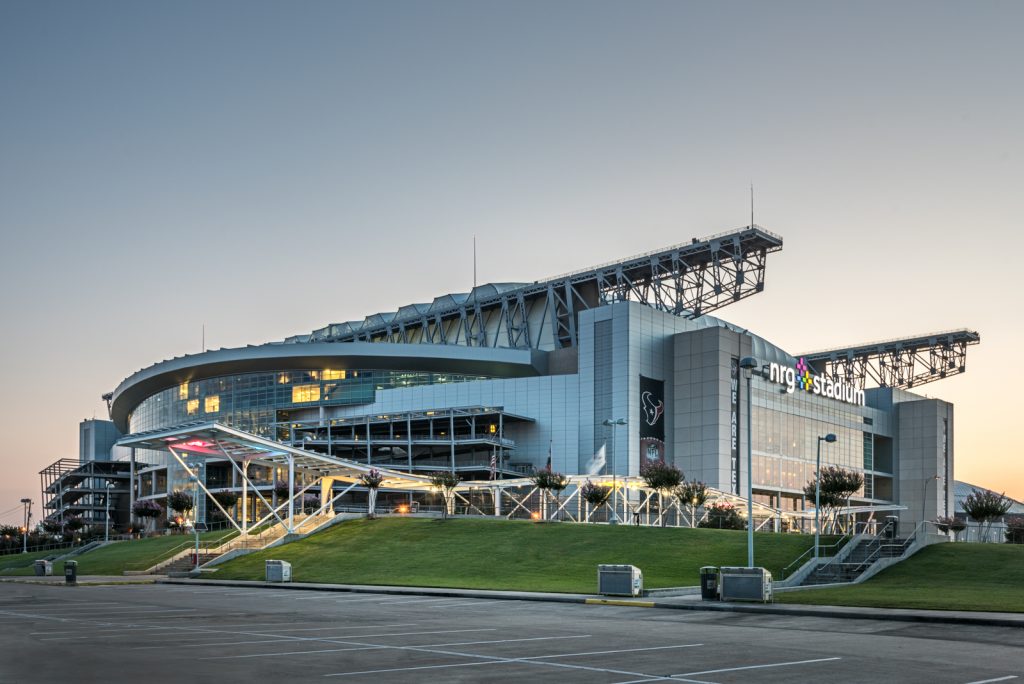 A unique aspect, however, are the beams: 43 tons of W14 x 90’s. Some of these beams are rolled the hard way, which one would typically see in a canopy. However, some of the W14 x 90’s are rolled the easy way, but also on a pitch (imagine a curved stair). Rolling this is no easy feat, it required season machine operators paired with the right machinery. The canopies were also discussed in the January 2016 issue of Modern Steel Construction.

Now on Sunday, before the battle takes place on the field, fans can have a new appreciation for the 100+ tons of curved steel they’ll see at NRG Stadium. Good Luck Atlanta Falcons and New England Patriots. May the best team hoist the Vince Lombardi Trophy.